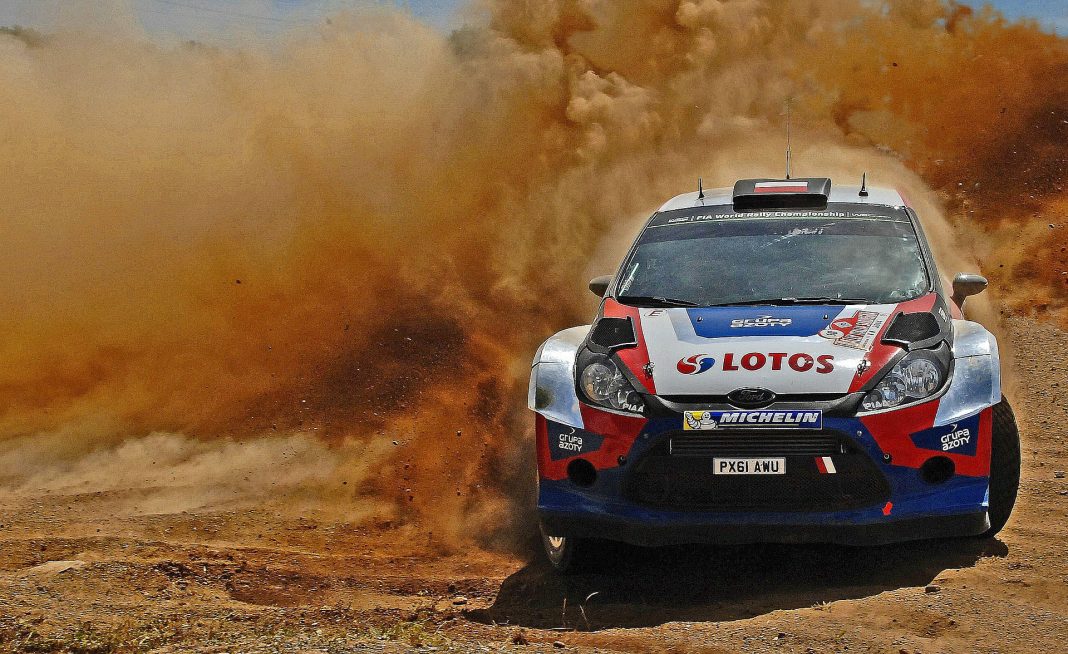 On Friday, at Daytona International Speedway’s opening race of the 50th Anniversary Rolex 24 At Daytona weekend, Jack Roush Jr. and co-driver Billy Johnson looked as though they and their No. 61 Roush Performance Ford Mustang Boss 302R hadn’t lost a bit of momentum during the 2011-2012 off season.

Leading the Continental Tire Sports Car Challenge’s final 18 laps, Johnson held off a veritable conga line of six BMW M3’s behind as he closed on the driving pair’s first win of 2012 in the BMW Performance 200 at Daytona. “They clearly had a great car today,” he said, “My hat’s off to them.”

After Roush Performance sister-car driver Shelby Blackstock on Thursday surprisingly grabbed Friday’s race pole, Roush pledged he in the race would treat Blackstock as he would any other driver, and did, by almost immediately driving around Blackstock’s No. 51 Mustang Boss 302R when the green flag flew, eventually handing a third-place car to co-driver Johnson about 1 1/2 hours into the race.

With the win, Johnson scored his 10th GS-class career win but it wasn’t an easy one for either of the drivers as they battled to pass and keep the BMWs behind throughout the race.

“In the final few laps I looked into my mirror and just saw a string of BMWs behind me,” Johnson said.

“Billy has a tendency to drive to the front and I can’t be happier than to win Daytona,” Roush said. “We’ve had some bad luck the last couple of years here so it’s nice to leave Daytona with the points lead.”

Even though Roush and Johnson would go on to lead practically every 2011-season CTSCC race-statistic category — from wins to top-10’s — one particularly important category eluded entirely: a championship.

“There were two races where we did poorly,” Roush said. “Had we finished better in either of those races we probably would’ve taken the championship. One was Daytona.”